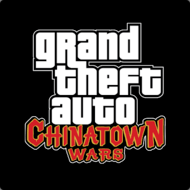 Rockstar Games
Games, Action
Android 4.0 +
Version: 1.01
$0
GTA: Chinatown Wars (MOD, Unlimited Money/Ammo) - the next release of the game about gangs in Liberty City, which recently happening chaos: on the most influential family was attacked in which was stolen ancient relic - "sword", which gave the right to the rule of the entire Triad. In addition to the sword he had killed the head of the Lee family and surviving son was forced to begin the hunt for customers.
Additional Information from Google Play:
Updated January 22, 2020
Size 18.0Mb + 507.1Mb
Installs 100 000–500 000
Rated for 3+ years