The most popular App Stores

Novelty
"Which of the application stores is more popular among users?" - asked the researchers from the "App Annie" and decided to understand the issue in detail. For the reporting period, the last quarter of the previous year was selected.
During the reporting period, users downloaded from Google Play 19 billion software products, which is almost 2 billion more than in the same period in 2016. The main leader of this segment was India - they, and not, for example, the United States. 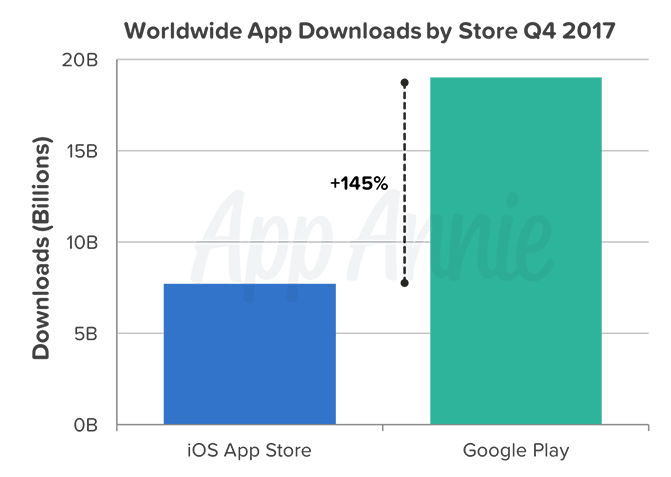 And the researchers considered only new downloads, not taking into account updates and reinstallations. The most popular categories of downloads - games and finance, which in the fourth quarter showed steady growth. 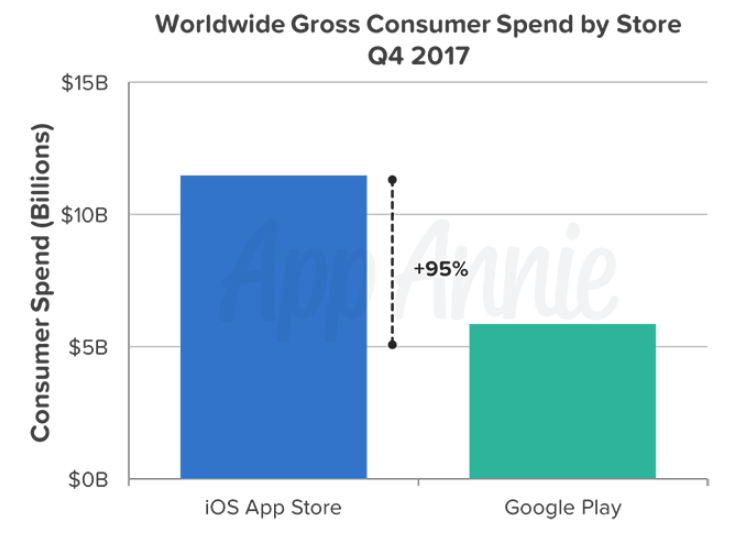