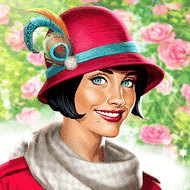 Wooga
Games, Adventure
Android 4.4 +
Version: 1.41.4
$0
June’s Journey (MOD, Unlimited Money) - quest game from the series of hidden object search in which you have to go in the 1920s and in the company of June Parker to take part in a detective investigation and try to unravel the family secret that was the beginning of the scandal. In general, the gameplay is made according to the classic scenario for the genre, but the excellent colorful graphics in detail conveying the whole atmosphere of the era, an intricate storyline with non-linear development and dozens of different characters give the game the appearance of a full-fledged detective piece with game elements.
Additional Information from Google Play:
Updated 07.09.2019
Size 50.4Mb
Installs 1–5
Rated for 3+ years