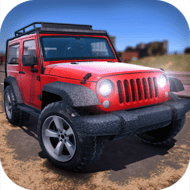 Sir Studios
Games, Race
Android 4.4 +
Version: 1.3.2
$0
Ultimate Offroad Simulator (MOD, Unlimited Money) - realistic off-road car simulator. In general, this project is designed in a classic style, go through the most difficult routes, assemble your own off-road vehicles of your own design, customize the resulting models at your own discretion and overcome seemingly unsolvable tasks. Realistic physics, excellent graphics, well-chosen soundtrack and sophisticated controls complete the picture. Separately, it is worth noting that in the Ultimate Offroad Simulator, unlike many analogs with linear tracks, the developers implemented open spaces, which will allow you to choose the optimal route. You can test yourself both on man-made city locations, and on various natural landscapes, from deserts to the jungle.
Additional Information from Google Play:
Updated April 9, 2021
Size 130.4Mb
Installs 5 000 000+
Rated for 3+ years