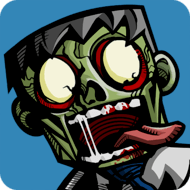 DIVMOB
Games, Action
Android 4.4 +
Version: 1.7.7
$0
Zombie Age 3 (MOD, Unlimited Money/Ammo) - a dynamic and addictive zombie game comes back to you on screens. The third part of the game suffered a lot of improvements and improvements, new enemies and characters appeared, the arsenal in the game became more extensive, new locations and cities. Play the survivors and seek refuge with the survivors, clear up as you play the streets of your city, using the most advanced weapons. The sea of blood and large portions of opponents are guaranteed!
Additional Information from Google Play:
Updated March 24, 2021
Size 50.7Mb
Installs 10 000 000+
Rated for 12+ years