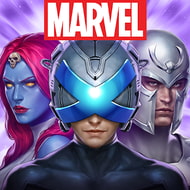 Netmarble Games
Games, Role Playing
Android 4.1 +
Version: 5.9.1
$0
MARVEL Future Fight - a multiplayer online action based on a plot based on stories borrowed from popular comic books about superheroes. And so, your task is to assemble under your command a team of such wars as the Hulk, Iron Man and Captain America, as well as other popular characters from the MARVEL universe. Game mechanics are built according to the style classic for the genre, and well-designed locations and heroes will most accurately convey the original atmosphere.
Additional Information from Google Play:
Updated April 1, 2020
Size 99.2Mb
Installs 10 000 000–50 000 000
Rated for 12+ years