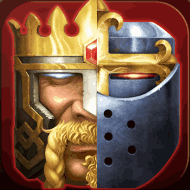 Elex Wireless
Games, Strategy
Android 4.0.3 +
Version: 6.33.0
$0
Clash of Kings : Newly Presented Knight System - multiplayer online strategy with elements of role-playing game, the events of which unfolded during the Middle Ages. It should be noted that the developers were able to best convey the conceived atmosphere of the Middle Ages, a lot of buildings, detailed units and detailed locations are fully consistent with the era. Otherwise, Clash of Kings is a classic representative of the genre, create alliances with other players, participate in battles, take over the land and try to become the most influential ruler of the virtual world.
Additional Information from Google Play:
Updated April 7, 2021
Size 143.3Mb
Installs 50 000 000+
Rated for 12+ years