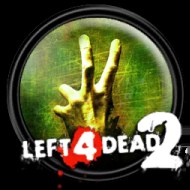 Valve
Games, Shooter
Android 4.1 +
Version: 2.0
$0
Left 4 Dead 2 - version of the famous horror shooter that originally came out on the PC and, due to a number of gaming solutions, gained enviable popularity among players and well-deserved recognition of critics. And so, according to the plot, the events of the game unfold during the time of the zombie apocalypse, but you, in the company of real players, have to defend your refuge by fighting off hordes of zombies while using an impressive arsenal of weapons. Another advantage of the game is the main gameplay, a cooperative first-person shooter, supplemented by elements of survival. And now the owners of mobile devices have the opportunity to touch the classics.
Additional Information from Google Play:
Updated March 18, 2020
Size 54.2Mb + 177.4Mb
Installs 500 000–1 000 000
Rated for 12+ years