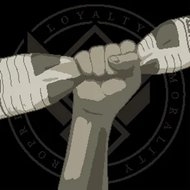 Coffee Stain Studios
Games, Simulations
Android 4.0 +
Version: 1.0.1
$0
The Westport Independent - is a simulator of the censorship occurs in the post-war country, governed by the newly elected party loyalists. As the editor of one of the last independent newspapers in the country, your task is to remove and edit the contents of your paper that affect people's opinions of both the rebels and government loyalists.
Additional Information from Google Play:
Updated 01.27.2016
Size 62.5Mb
Installs 1-5
Rated for 3+ years