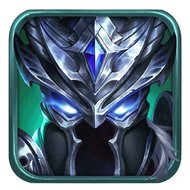 LOCOJOY
Games, Role Playing
Android 3.2 +
Version: 1.21004.8.0
$0
Storm Hunter (MOD, Damage/Skill) - game is an innovative three-dimensional role-playing game, which can be controlled with just one finger. Battles in real time and your choice of more than a hundred heroes ready at any moment go on a dangerous journey. Not the least role in the matches played Storm Hunter (MOD, Damage/Skill) by the tactical advantage and competent strategic approach to warfare. Slide one finger on the screen of their mobile devices and decide the fate of the characters, which are responsible for.
Additional Information from Google Play:
Updated 02.22.2016
Size 225.7Mb
Installs 500–1 000
Rated for 3+ years