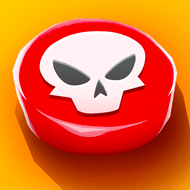 PIKPOK
Games, Simulations
Android 4.1 +
Version: 1.9.21
$0
Doomsday Clicker (MOD, Unlimited Money) - an over-popular game in which you will play the evil scientist, who many years later almost turned his dream into reality, it remains only to push the big red button, and the whole world will become yours. And all the other people who did not have time to mutate will come to you in the shelter and start to work completely for free, only for the fact that you would not let them out to the terrible monsters. The game will appeal to all fans of post apocalyptic shooters, create your own large and invincible army of slaves, which will work for you and bring great profits.
Additional Information from Google Play:
Updated January 26, 2020
Size 64.0Mb
Installs 100 000–500 000
Rated for 3+ years