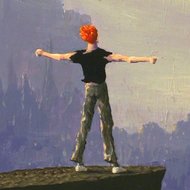 DotEmu
Games, Adventure
Android 2.3.3 +
Version: 1.1.7
$0
Another World (MOD, Unlocked) - A computer game in the genre of action-adventure, first published in 1991, later was released a reworked version with improved graphics, and in 2012, and porting the Android platform. The game's plot develops around the scientist - physicist by the name of Lester Knight Chaykin, during an experiment with scientific installation synchrotron mechanism to lightning strikes and our hero finds himself on an unknown planet!
Additional Information from Google Play:
Updated 04.19.2016
Size 16.6Mb + 82.0Mb
Installs 100 000–500 000
Rated for 3+ years