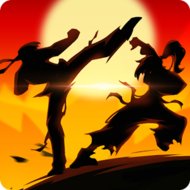 Super Stick Hero Legend
Games, Action
Android 2.3 +
Version: 2.4.1
$0
Hero Legend (MOD, Free Shopping) - The plot itself is not, but is able to tell the story of the game world itself, with its apocalyptic stages, backdrops which are destroyed cities and burned forests. There are several characters, two characters already introduced in the training, but only one of them is available in a passing mode initially. The rest have to buy for the crystals, and they get very difficult. Warriors of different appearance and "skillami".
Additional Information from Google Play:
Updated 06.23.2016
Size 31.8Mb
Installs 1 000 000–5 000 000
Rated for 3+ years