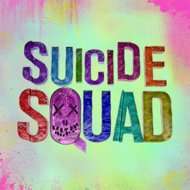 Warner Bros. International Enterprises
Games, Action
Android 4.0 +
Version: 1.1.3
$0
Suicide Squad: Special Ops (MOD, unlimited ammo) - Try your strength by fighting with members of the Suicide Squad in the streets. Play as Harley Quinn, Deadshot, or Diablo, and the demolition of the head vile monsters that hinder perform the task. Ahead of waiting for us waiting for an endless series of waves, from which will have to fight back with the help of various weapons. So, for example, there Dedshota rifle at Harley baseball bat, while Diablo - fire arms. Among other things, each character has a Superpower, which is available during the fight.
Additional Information from Google Play:
Updated 08.13.2016
Size 26.8Mb + 99Mb
Installs 50 000–100 000
Rated for 3+ years