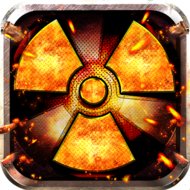 During cool struggle between global powers started the race nuclear arms, koiya led to the Third Ecumenical fight World War III: Tank. To confront the aggressor, tank troops of the Russian Federation made the last kick. Fight side by side with military friends! Fight at the finish because of the honor of the motherland and popularity!
Additional Information from Google Play:
Updated 01.26.2016
Size 25.1Mb
Installs 500 000–1 000 000
Rated for 3+ years