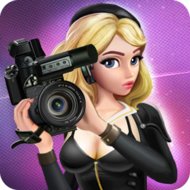 Italy Games
Games, Arcade
Android 4.0 +
Version: 1.2
$0
Hollywood Paradise (MOD, unlimited money) - simulator own studio on Android. Hollywood Paradise on Android is a real business simulator in which you will build your own studio, and after shooting a movie. Each film will be released in theaters replicated, and then you will get a certain percentage of its display, which can not but rejoice.
Additional Information from Google Play:
Updated 07.27.2016
Size 10.2Mb
Installs 100 000–500 000
Rated for 3+ years