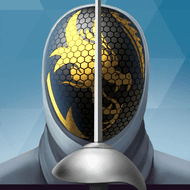 FIE
Games, Sport
Android 4.1 +
Version: 2.52.5733
$0
FIE Swordplay - perhaps the world's first game in which developers are offering their players to take swords, rapiers and sabers in their hands, and start fencing competitions. The most important feature of this sports game is its perfect graphics and visual effects. Developers coolly tried to make it realistic, and the movements of the characters look like in real life, the controls are simple and convenient, which is easy to get used to and master it from the first minutes of the game. Become a leader and the best swordsman in the whole world!
Additional Information from Google Play:
Updated 08.26.2019
Size 63.8Mb
Installs 100 000–500 000
Rated for 3+ years