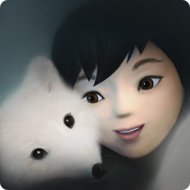 E-Line Media
Games, Adventure
Android 2.3 +
Version: 1.0.0
$0
Never Alone: Ki Edition - is the last year to restart the game Never Alone: Kisima Ingitchuna, which in itself was not bad, and had relatively high ratings, but as we know, there is the chapel of excellence, and for this the developers have decided to improve this game. Compared with the previous version, Never Alone: Ki Edition collected in itself the best, while multiplying it all.
Additional Information from Google Play:
Updated 10.02.2016
Size 35.1Mb + 238Mb
Installs 5 000–10 000
Rated for 3+ years