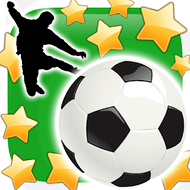 Five Aces Publishing Ltd.
Games, Sport
Android 4.1 +
Version: 4.16.4
$0
New Star Soccer (MOD, Unlimited Money) - an exciting game that will see you the real stories of real football players who have become world stars. The game became popular not due to its sports genre but to the plot itself, in which you will see a lot of different interesting scenes with your favorite champions. Find out how they became world leaders and what pushed them to such an act.
Additional Information from Google Play:
Updated 08.26.2019
Size 63.7Mb
Installs 10 000 000–50 000 000
Rated for 3+ years