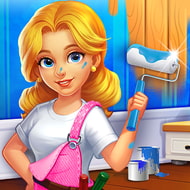 Firecraft Studios
Games, Puzzle
Android 4.1 +
Version: 1.63.4
$0
Matchington Mansion (MOD, Unlimited Coins) - a rather unusual game project whose developers decided to combine in one game several mechanics. And so, before us is an arcade puzzle from a series of three in a row, made in bright colors, and the elaboration of interior details is just at the height and it plays an important role in the gameplay, because using combinations of identical elements you will create buildings and then decorate them with various elements of decor.
Additional Information from Google Play:
Updated 03.28.2020
Size 147.6Mb
Installs 5 000 000–10 000 000
Rated for 3+ years