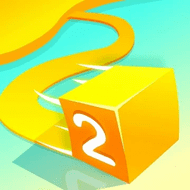 VOODOO
Games, Arcade
Android 4.1 +
Version: 1.3.10
$0
Paper.io 2 (MOD, Unlocked) - a series of online arcade action games in which your task is to destroy weaker rivals while gaining strength and thereby developing your character. As your strength increases, you will be able to compete with more advanced rivals. Paper.io 2 is a variation of this genre in which the developers decided to combine the action arcade and strategy in one project, in other words, you have to capture the territory thereby raising your class.
Additional Information from Google Play:
Updated 07.12.2019
Size 41.6Mb
Installs 10 000 000–50 000 000
Rated for 3+ years