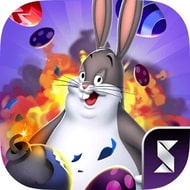 Scopely
Games, Role Playing
Android 5.0 +
Version: 26.1.0
$0
Looney Tunes World of Mayhem - multiplayer action in which you have to assemble under your command a team of warriors consisting of popular cartoon characters, and then challenge real players from around the world. In general, the gameplay of this game is far from being won, but the implementation and graphic performance give the familiar elements a completely new look. In addition, the developers have implemented a number of interesting bonuses, boosters and improvements that will give the gameplay even more originality.
Additional Information from Google Play:
Updated April 5, 2021
Size 176.9Mb
Installs 10 000 000+
Rated for 12+ years