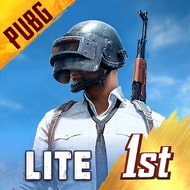 Tencent Games
Games, Action
Android 4.3 +
Version: 0.20.0
$0
PUBG MOBILE LITE - one of the most popular action projects on desktop platforms which migrated to mobile devices with no less success, and the game was named PUBG MOBILE LITE. In turn, the mobile version of the game retained the main gameplay mechanics of the original, the most characteristic features, but the developers paid no small attention to the optimization and performance of the program. Modern and powerful game engine Unreal Engine 4 will allow you to evaluate all the latest achievements in the gaming industry.
Additional Information from Google Play:
Updated November 13, 2020
Size 51.4Mb + 492.2Mb
Installs 100 000 000+
Rated for 16+ years