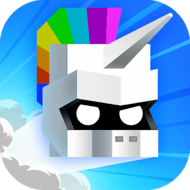 ZPLAY Games
Games, Arcade
Android 4.4 +
Version: 2.8.1
$0
Will Hero (MOD, Unlimited Coins) - a rather original mix consisting of an arcade, an action, a platformer and all this is pretty flavored with bagel elements. The plot is a classic fairytale story according to which the kingdom in which you live was in a quandary, the main pearl of the kingdom, and as it is not difficult to guess this of course the princess, was kidnapped and now you, as the most valiant war in the kingdom, will go to the rescue , the blessing you possess a number of unique abilities, for example to turn into a lethal projectile. Visually, Will Hero mod apk is made in the popular today in pixel - cubic style. The combination of elements of research and development add significantly to the gameplay of diversity.
Additional Information from Google Play:
Updated December 29, 2020
Size 68.8Mb
Installs 10 000 000+
Rated for 7+ years