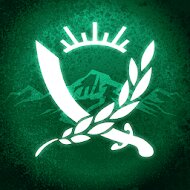 Ndemic Creations
Games, Simulations
Android 4.4 +
Version: 1.6.0
$0
Rebel Inc. (MOD, Unlocked) - a new realistic simulator whose events are developing in a certain world in which the hostilities just recently ended and although the troops have already withdrawn the order in the region have not yet succeeded and it is you who will have to deal with the situation. It should be noted that the developers have paid a lot of attention to the realistic model of everything that happens. Unpredictable events, unexpected turns and various force majeure will require from you a clear analysis of the situation and timely decision-making, the execution of which may require the development of sophisticated algorithms.
Additional Information from Google Play:
Updated July 15, 2020
Size 50.7Mb
Installs 5 000 000+
Rated for 7+ years