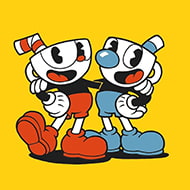 SkailoGames
Games, Adventure
Android 4.1 +
Version: 0.6.1
$0
Cuphead Mobile - computer game gameplay which combines elements of the Run and Gun platform, initially the project was released for desktop platforms, but here and the owners of mobile devices have the opportunity to get acquainted with this masterpiece, while the game was released under the name Cuphead Mobile. In addition to excellent graphics and dynamic gameplay, the game is endowed with a well-developed plot. And so, according to the idea, the action of Cuphead Mobile unfolds in a kind of fairy-tale world in which the real devil runs the show, and our hero once gets into the casino of the supreme ruler and loses the classics of the genre. Now you need to help the protagonist destroy both the devil himself and all his supporters.
Additional Information from Google Play:
Updated 03.23.2019
Size 238Mb
Installs 10 000 000–50 000 000
Rated for 3+ years