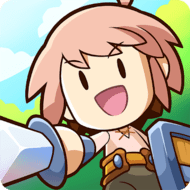 Kurechii
Games, Role Playing
Android 4.3 +
Version: 2.2.20
$0
Postknight (MOD, Unlimited Money) - quite an unusual game project that combines elements of almost all areas of role-playing games, while the gameplay is made in a simple and uncomplicated style, which allows you to play Postknight literally at any time. With fantasy, the developers approached the creation of the storyline, as well as the choice of character. And so, you have to go to a fantasy world and take on the role of a postman, as a result you have to deliver correspondence throughout the kingdom and beyond. Fulfilling missions and tasks you will get acquainted with the plot, pump the hero, explore the game world, fight monsters and much more.
Additional Information from Google Play:
Updated 05.19.2019
Size 76.7Mb
Installs 1–5
Rated for 3+ years

Complete tutorial to get money