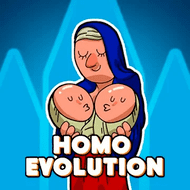 AZUR GAMES
Games, Arcade
Android 4.1 +
Version: 1.3.75
$0
Homo Evolution (MOD, Unlimited Money) - fascinating game which is something between a arcade clicker and a development strategy. And so, your ultimate goal will be to populate the entire planet with people, but the path you have is quite long, because you will begin with the simplest organisms, gradually developing life in all directions. The game mechanics is built according to the following principle: clicking on the screen you will create single-celled organisms, combining them you will get the next stage of development, having received several identical creatures will unite them again and so until you finally get what you want.
Additional Information from Google Play:
Updated April 28, 2020
Size 42.5Mb
Installs 10 000 000+
Rated for 3+ years

Buy everything for free, even when no Coins and Gems!