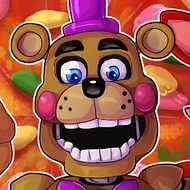 Clickteam USA LLC
Games, Simulations
Android 5.0 +
Version: 1.0.4
$0
FNaF 6: Pizzeria Simulator (MOD, Unlocked) - the continuation of the popular horror franchise which, due to the original gameplay and unusual plot, has earned immense popularity and here we have the next part of the series. However, this time, the developers decided to move somewhat away from the original mechanics, and FNaF 6: Pizzeria Simulator itself is like a backstory. And so, you have to take control of a small pizzeria and try to turn it into a profitable and popular restaurant, and for this you will have to linger in the evenings. As visitors develop, there will be more, and more work will be added, but what will happen next I think everyone who played in the previous parts already knows.
Additional Information from Google Play:
Updated September 20, 2020
Size 148.3Mb
Installs 100 000+
Rated for 12+ years