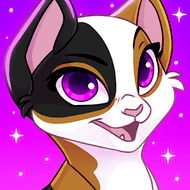 PocApp Studios
Games, Adventure
Android 4.2 +
Version: 2.10.1
$0
Castle Cats: Idle Hero RPG (MOD, Unlimited Coins) - adventure role-playing game with action elements and battles from the series wall-to-wall in which you have to assemble a group of heroes under your command to go on a hike around the game world and of course take part in exciting tactical battles for which you will receive money and experience for victories, which in turn will allow you to improve existing characters or improve existing ones. Perhaps the idea of ​​the game itself is far from new, but in this project the developers used a number of solutions not specific to the genre, so you will expect a full story, a set of various events and unique characters.
Additional Information from Google Play:
Updated January 21, 2020
Size 101.6Mb
Installs 1-5
Rated for 3+ years