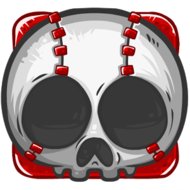 Bored.com
Games, Arcade
Android 2.1 +
Version: 1.7
$0
Berzerk Ball 2 - is considered the most unique baseball game you will like or soon-to-play! Beat the Geek (ball) with your friends steroid infused consistent team and drive it according to step 3 of the epic.

Release. Ant. to block updates and things continuously smash scum again and again Berzerk Ball 2 (MOD, much money). How far can you throw it? Throw call your friend with the aid of facebook and Twitter, and admire Siim fun to act, created by Berzerk Studio!
Additional Information from Google Play:
Updated 07.31.2015
Size 19.7Mb
Installs 500 000–1 000 000
Rated for 3+ years