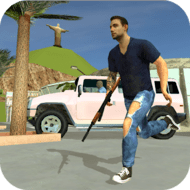 Naxeex Studio
Games, Simulations
Android 4.1 +
Version: 2.1.190
$0
Real Gangster Crime 2 (MOD, Unlimited Money) - continuation of the popular action franchise with a third-person view and dynamic gameplay. And so, the entire series is divided into separate chapters in each of which you have to go through a part of the storyline, while the developers gave gamers complete freedom of action, a wide arsenal of weapons, the ability to drive vehicles, as well as the creation of clans and alliances. This version was replenished with a new map, improved graphics and augmented plot with new missions.
Additional Information from Google Play:
Updated February 23, 2021
Size 89.7Mb
Installs 10 000 000+
Rated for 16+ years

In the game go to the store to get unlimited Money and Gems!