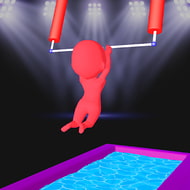 Good Job Games
Games, Race
Android 5.0 +
Version: 1.1.8
$0
Epic Race 3D (MOD, Unlocked) - dynamic arcade game with elements of physics whose gameplay is a combination of a runner and a parkour simulator. And so, you have to go through dozens of man-made tracks developed using well-known sports modules and elements, such as nodes and obstacles invented by the creators of the project. Such a combination will add unusualness and a certain complexity to the track and, most importantly, diversify the gameplay. It is worth noting that for the successful passage you will have to work out because each level is a real survival band, however, a conveniently located camera and three-dimensional graphics will help in passing.
Additional Information from Google Play:
Updated March 26, 2020
Size 51.6Mb
Installs 100–500
Rated for 3+ years