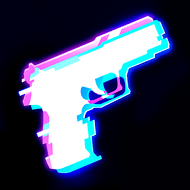 Adaric Music
Games, Music
Android 4.1 +
Version: 1.1.52
$0
Beat Fire - EDM Music & Gun Sounds (MOD, Unlimited Coins) - a rather unusual look at the popular genre of musical rhythms - arcades, in contrast to numerous analogues, is that interaction with falling tiles does not occur by means of timely tapes, but using firearms. And so, starting the Beat Fire mod apk, you will see on the screen a series of music tiles falling from top to bottom, you will also need to aim to shoot elements, thereby generating musical compositions. At your disposal will be a wide selection of various songs and an impressive arsenal of weapons. But in the graphic performance is sustained in the classical style, combining colorful graphics and vibrant animation.
Additional Information from Google Play:
Updated January 20, 2021
Size 35.4Mb
Installs 10 000 000+
Rated for 3+ years