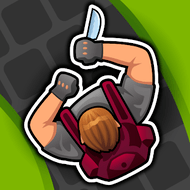 Ruby Game Studio
Games, Action
Android 4.4 +
Version: 1.38.2
$0
Hunter Assassin (MOD, Unlimited Gems) - tactical action arcade with stealth elements in which you have to play the role of a hired killer. All the actions in the game take place on intricate locations where you will have to destroy the targets while avoiding the lights of the searchlights and guards, but as shelters you can use literally everything from various objects to shadows. As you develop, you will gain access to various characters, each of which with their own skills. The storyline in Hunter Assassin is quite superficial, which does not spoil the overall picture.
Additional Information from Google Play:
Updated April 18, 2021
Size 40.0Mb
Installs 100 000 000+
Rated for 7+ years