Download Does not Commute (MOD, Time/Premium) free on android 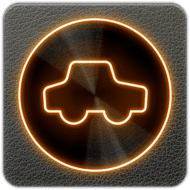 Mediocre
Games, Race
Android 2.3 +
Version: 1.4.6
$0
Does not Commute (MOD, Time/Premium) - a rather unusual racing game with original gameplay mechanics. And so, the action of the game develops in a certain city, in which, according to rumors, a scientific experiment was conducted with time and now all events repeat themselves with a certain frequency. Your task is to lay the transport routes in such a way so that each subsequent stage will have the opportunity to reach the goal and not collide with the cars that have already passed through these streets. Such gameplay will require a serious assessment of the situation and planning from you.
Additional Information from Google Play:
Updated 11.02.2019
Size 77.9Mb
Installs 1 000 000–5 000 000
Rated for 3+ years

How to get premium? In the upper left corner, click "Get premium version", then, click "Buy" and close the payment window. Done!