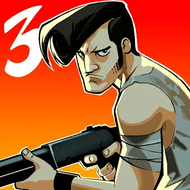 GameResort
Games, Casual
Android 4.1 +
Version: 2.11
$0
Stupid Zombies 3 (MOD, Unlimited Coins) - a great 3D action game in which you will free your hometown from the invasion of opponents. In your arsenal, a large selection of weapons and explosives, which you will often use in the fight against zombies. The essence of the game is to make as few shots as possible and kill as many zombies and infected as possible. Aim at mounted objects and make accurate shots so that you would die from two opponents. Pass the job and discover for yourself and your hero new features and weapons.
Additional Information from Google Play:
Updated 06.24.2019
Size 49.6Mb
Installs 50 000–100 000
Rated for 7+ years