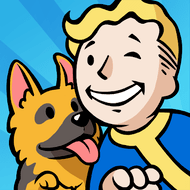 GaeaMobile
Games, Adventure
Android 4.4 +
Version: 2.6.3
$0
Fallout Shelter Online - a mobile version of the popular action project, the developers of which decided to approach the creation of the game from a completely new perspective and chose the sandbox genre. And so, preserving the original atmosphere, the creators decided to draw your attention to the survival genre, so your task will be to try to hold out as long as possible in the conditions of post-apocalypse. Fallout Shelter Online is the continuation of the mobile version which as a whole retained the general gameplay and mechanics, while the online version acquired a number of elements characteristic of multiplayer projects.
Additional Information from Google Play:
Updated September 8, 2020
Size 90.6Mb + 902.8Mb
Installs 500 000+
Rated for 12+ years