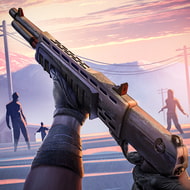 Azur Interactive Games Limited
Games, Action
Android 4.4 +
Version: 1.5.12
$0
Dark Days: Zombie Survival (MOD, Unlimited Gold) - a survival simulator whose plot unfolds in the near future in which mankind has been exposed to a deadly virus epidemic. The government, in turn, decided to destroy pockets of infection by launching nuclear strikes, but this step only allowed the epidemic to get out of control. General mechanics of the game is made in the classic style for the genre, get provisions and resources, build bases, collect weapons, craft items and most importantly, try to survive. But the graphical part is made in an unusual stylized style.
Additional Information from Google Play:
Updated January 5, 2021
Size 101.3Mb
Installs 5 000 000+
Rated for 16+ years