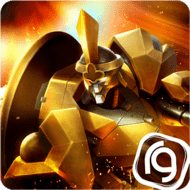 Reliance Big Entertainment
Games, Sport
Android 4.2 +
Version: 1.4.129
$0
Ultimate Robot Fighting (MOD, Unlimited Money) - the continuation of the popular action franchise that will send us into the near future, a future in which all fierce sports are forbidden and people were forced to take mechanized fighters to the arenas. In this part, the developers decided to move away from the usual mechanics and added to the usual fights elements of the card game, as well as the ability to conduct fights in 3 on 3. A bit transformed and graphics, and more spectacular animation will give the fights even more spectacular.
Additional Information from Google Play:
Updated August 5, 2020
Size 52.4Mb + 188.5Mb
Installs 5 000 000+
Rated for 12+ years