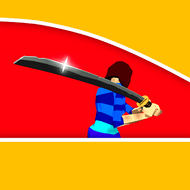 VOODOO
Games, Action
Android 4.4 +
Version: 2.5.1
$0
Crowd Master 3D (MOD, Unlimited Coins) - an adventure action platformer with fighting elements in which you will try yourself out as a ninja. In general, the gameplay is made in the style of horizontal platformer in which you need to pass more than 40 levels while performing tasks, solving simple puzzles, perform intricate jumps, and of course fight with enemies using a wide arsenal of weapons. In the end, your task will be a legendary warrior. Stylized graphics, simple controls and harmonious sounds will give the gameplay a special atmosphere.
Additional Information from Google Play:
Updated July 22, 2020
Size 41.6Mb
Installs 100 000+
Rated for 7+ years