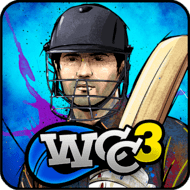 Nextwave Multimedia
Games, Sport
Android 5.1 +
Version: 1
$0
World Cricket Championship 3 (MOD, Skins Unlocked) - a team game with a ball and bat that is most popular in the British Isles. Due to historical events cricket has also gained recognition in countries such as India. WCC 3 is a sports simulator based on the popular Indian film which tells us about life and career stages of a cricket player. In general, the main gameplay is a full-fledged sports simulator, but unlike many analogues, the plot of this project is focused on a specific person. At the same time, the developers have paid a lot of attention not only to the details of the plot, but also visual performance, not forgetting about the control system, which is not less important for games of this genre.
Additional Information from Google Play:
Updated September 11, 2020
Size 52.2Mb + 519.9Mb
Installs 1 000 000+
Rated for 3+ years