AN1.com    →    News    →    Android    →    Xiaomi Black Shark again the first
AnTuTu introduced another rating of the most productive smartphones. In comparison with the July version, the table has undergone some changes.
As a month earlier, the first place is firmly held by the Xiaomi Black Shark gaming smartphone with a result of 292 880 points. The second place with a score of 291 thousand points broke Meizu 16. The third place was unexpectedly taken by Smartisan Nut R1, having managed to increase its July result by almost 15 thousand points in a month. 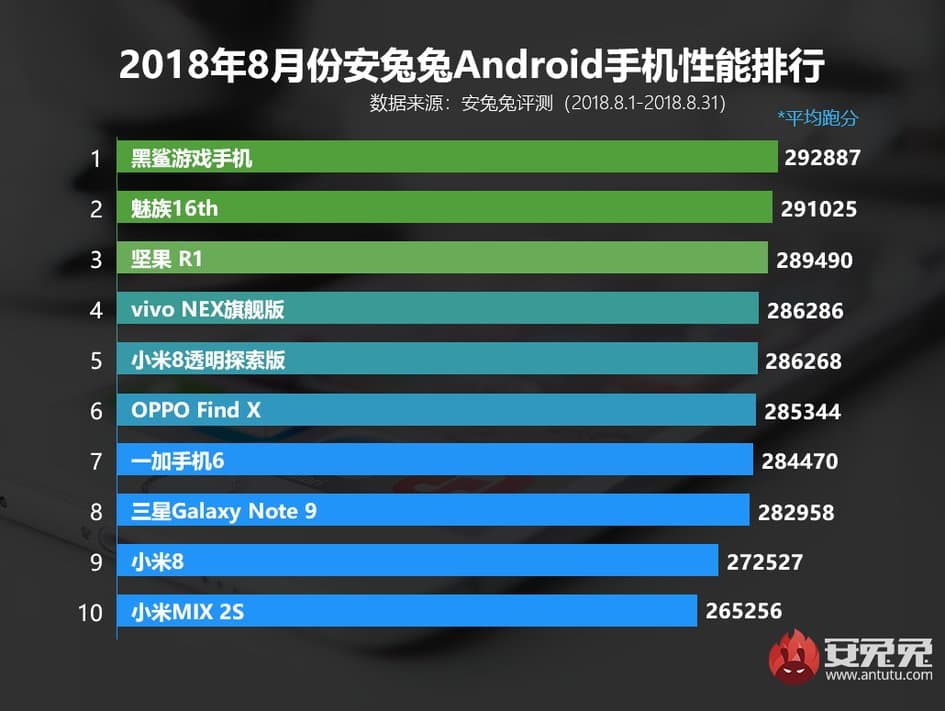 Note that from the August ranking of the Top-10 disappeared Galaxy S9 + and S9, which in July occupied 8 and 9 place respectively. OPPO Find X seriously worsened its position, which took an honorable second place in the rating a month ago, and now it is located only on the sixth with a result of 285 344 points.
By the way, all the smartphones presented in the rating work on the basis of Snapdragon 845.
Next News
Android version the browser Tor

The information sharing function in Android will be seriously improved

Some features of Android 13 under development have been revealed