AN1.com    →    News    →    Novelty    →    OnePlus X will present on October 12
OnePlus intends this year once again to amaze fans of mobile devices. After the announcement OnePlus 2 (preview), Coy because conditional little means giving all the best "ferro" (connecting 4GB timely memory LPDDR4), a good camera and the near to the "vanilla» Android skin Oxygen OS, management stout Chinese brand promises even Wotan accessory for the end of the calendar year. Of course, they will OnePlus X, as well as his alleged. about specs look that way: 5 "screen with a resolution of Full HD, chipset MediaTek Helio X10 Turbo with a frequency of 2.2 GHz, 2 GB of timely and constant memory of 32 GB, 13-megapixel and 5-megapixel camera, the battery in the 3000-3100 mAh and Android 5.1 Lollipop with skin Oxygen OS.
All probably, according to rumors, it will be priced at $ 250.

Now we recommend something else if fascinating about this gadget, and specifically its "live" picture. It is from the FCC, where in the phone is certified to code-naming E1005. Of information about him not quite a lot, but despite all of the above has dimensions - 139,7 x 55,8 x 6,85 mm. As if touched by appearance, the OnePlus X will be strikingly different from their own older brothers, but save the iron frame of the OnePlus 2. Another directs the interest of ordinary connector microUSB (at OnePlus 2 - USB Type-C). How does this picture fit the reality, we do not undertake to say, but the figure is probably closer allowed to become quite quickly - the announcement has the ability to run more closely October 12. 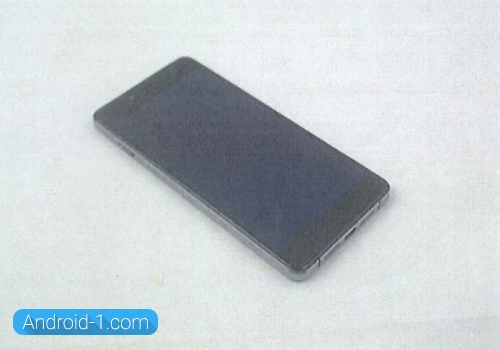