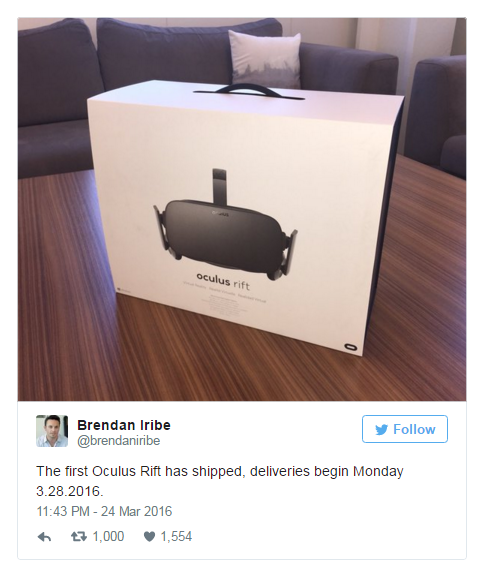 Unfortunately, all those who did not manage to order the headset, it will receive no earlier than July 2016.
Next News
New technology to combat glare

Ukraine announced its desire to deploy 5G networks next year

Huawei will introduce the Mate 30 in Munich on September 19