AN1.com    →    News    →    Novelty    →    Google encrypted the name and date of release of the new Android
Google decided to play with users. According to their idea, any of the community of users could find out when the developers conference will take place, on which the new Android will be presented, and also find out how it will be called if an interesting quest has been completed. First, twitter posted a post with a cipher, the answer to which was hidden by the page google.com/io, leading to Google Street View.
Then it was necessary to guess by the available in the living room of the developer's office the place where the conference will take place. 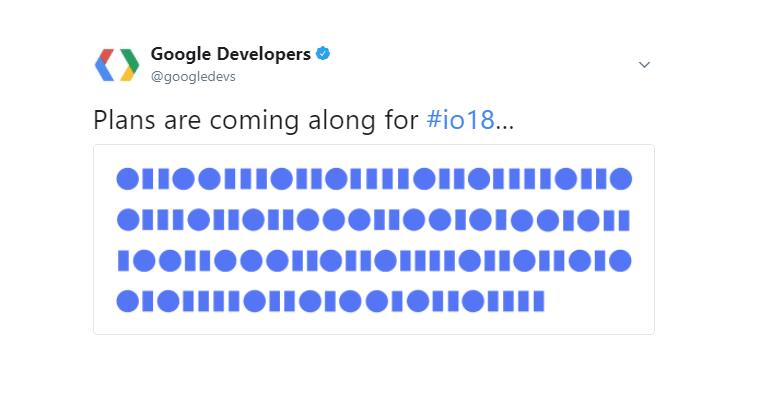 The correct answer is Mountain View. After that, a hall with a pineapple pie on the table opened. In English, this delicacy sounds like Pineapple cake, and given that the current version of Android should start with the Latin letter P and denote a treat, then most likely, that's exactly what the new operating system will be called. The most difficult question was encrypted on the board - after the meeting of the entire user community, the code was unraveled. Thus, the current Google conference will be held May 8 in Mountain View. It will be the updated version of Android.
Next News
New photo Meizu 15