AN1.com    →    News    →    Novelty    →    Xiaolajiao release the android version iPhone X
Recently it became known that Apple is suspending the sale of its flagship iPhone X from next summer. But soon, on the shelves of mobile electronics and electronics stores around the world will appear its android version. Xiaolajiao company offers its version of the top apple-tree - iLA X. The Chinese analog almost completely repeats the appearance of the American smartphone. 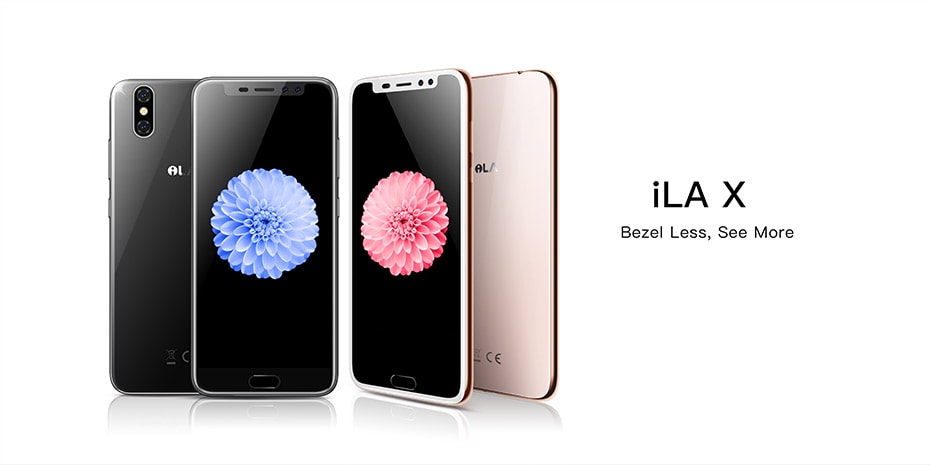 On the front side of the iLA X is a 5.5-inch screen with a resolution of 1280x640 and a fingerprint scanner. By the way, iPhone X has 5.8-inch screen, and the resolution is 2436х1125. On the back there is a block of two vertical chambers.
The "iPhone X" will work on Android and will receive a 4-core processor MediaTek MT6737. The user will be able to take photos using the main camera at 13 megapixels and on the front - at 5 megapixels. The gadget will receive 3 GB of RAM and 32 GB of its own memory. Of course, the filling of the smartphone is not very impressive, but for everyday tasks it is quite useful. By the way, iLA X demonstrated 43596 points in AnTuTu, this, of course, is not 83500, like the iPhone X, but it is also quite acceptable.

Note that the cost of a smartphone on a preorder is $100, and then it will be $120, smartphone you can buy on Aliexpress.
Next News
Realistic photos of Galaxy S9 and S9 Plus

Xiaomi blocked the ability to put a global firmware

Oppo showed an unusual patent for a smartphone