AN1.com    →    News    →    Android    →    Android Oreo is not popular among users
The other day, Google has announced another monthly report on the dynamics of the use of Android versions. Based on the data, the most common version is still Nougat, it is used by almost 31 percent of the owners of smartphones based on Android. Approximately 5 percent is inferior to Marshmallow. Closes the top three most popular versions of users with a result of 23 percent Lollipop. An orderly obsolete Android KitKat is still found in every tenth smartphone. 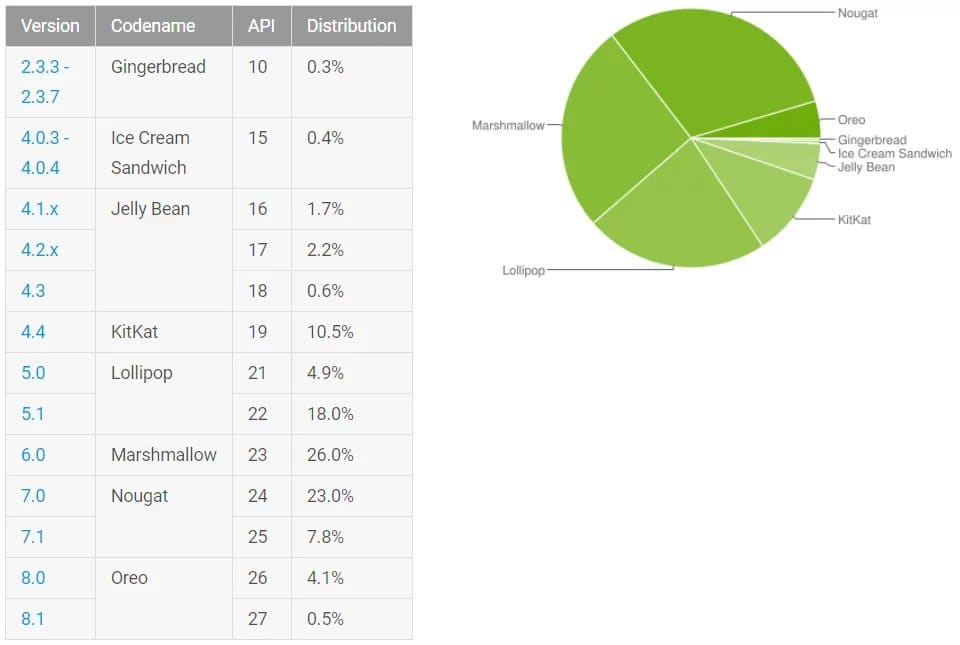 As for the fresh Android Oreo, its popularity has quadrupled over the current month, but still slightly below 5 percent is very far from the leading. Thus, exposed the main problem of Google - on the approach is already Android P, and the latest version is just gaining momentum.
Next News
Google develops a universal Android-Messenger

The first information about OnePlus 5T

Maximum personality. What the new Android 12 will bring

In Android Q, the front camera will follow the direction of the user's gaze