AN1.com    →    News    →    Android    →    Android 10 spread speed breaks all records
Due to the large number of Android devices from different manufacturers, the speed of distribution of new versions of the OS was significantly reduced. In recent years, the company has been doing its best to deploy newer versions of the system more quickly. According to the latest report, the speed of distribution has further increased. 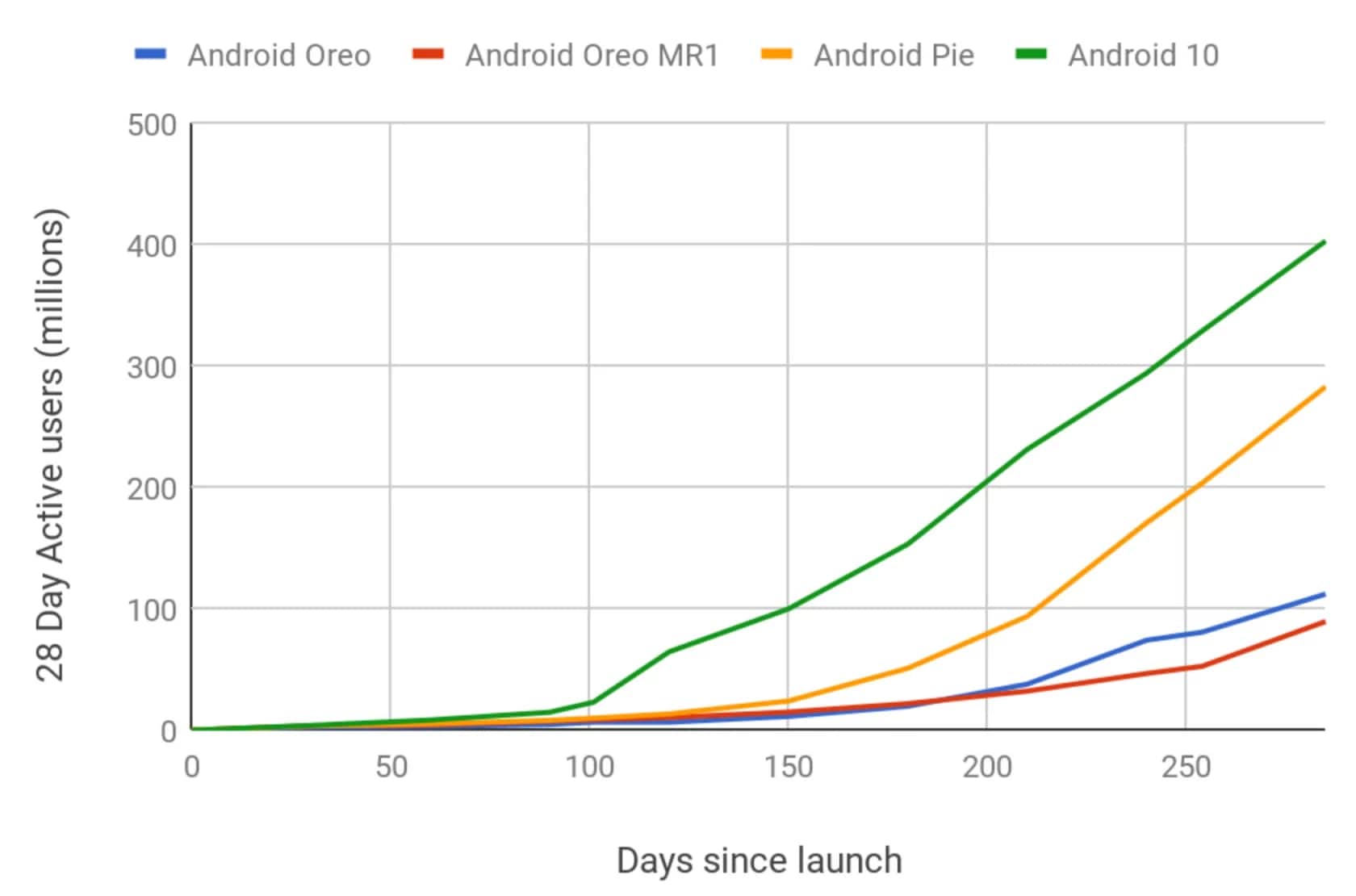 An important step in accelerating the deployment of new versions of the system will be a new technology solution - Project Mainline. Thanks to it, it will be possible to download and update individual parts of the operating system through the Google Play store.
Next News
Google will launch its AirDrop analogue next month

The Best Smartphones of 2017