AN1.com    →    News    →    Android    →    Xiaomi on Snapdragon 855 topped AnTuTu performance rating
AnTuTu, one of the most respected benchmarks for smartphone performance, published a monthly report. According to him, eight of the ten most powerful mobile devices are made by Chinese companies, and the entire top three are Xiaomi. 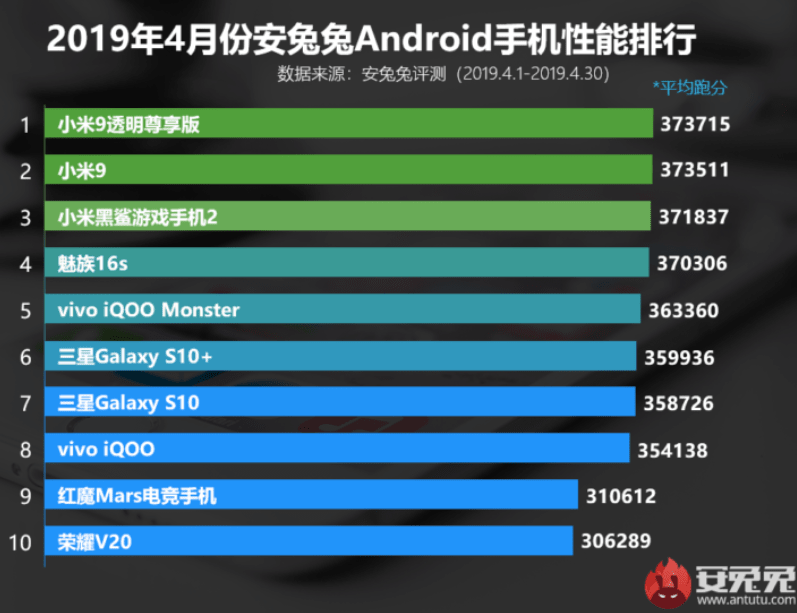 The leaders of the rating in April were two versions of the model Xiaomi Mi9, which scored more than 373 thousand points. A total of about one and a half thousand points gave up the leaders to the Black Shark 2 smartphone. In addition to Xiaomi, the rating also includes the basic and advanced versions of the Vivo iQOO and Galaxy S10.
According to representatives of the benchmark, each of the smartphones represented in the rating was tested by the system at least a hundred times.
Next News
Google will not use Fuchsia instead of Android

Inside about the Samsung Galaxy S8